An Interview With Samuel Thomas, Author of "The Midwife's Tale" One of my favorite things about this blog is that every once in a while somebody awesome who is a real writer sends me a book to read.  Just recently I had the opportunity to read, "The Midwife's Tale" by Samuel Thomas.  It combined two of my favorite things- birth and a mystery.  (I am a mystery junkie.  Shhh....don't tell anybody I would rather read Sue Grafton or Tony Hillerman than Ina May.)

I loved Sam's book and am excited to share an interview with him here on the blog.  You should buy this book!  Seriously- it is well done and some wonderful and accurate portrayals of birth hundreds of years ago.  Very real and very historical.  He did a nice job!

First- give my readers a quick rundown of your book. What is it about?

The Midwife’s Tale is about a midwife named Bridget Hodgson who is called upon to save her friend after she is wrongly accused of murder. The book is set during the English Civil Wars (Puritans vs. the King), and the main character is based on a real midwife who practiced in York during this period.

Mr Thomas- Please introduce yourself and tell us about why you (a MAN) decided to write a book about a midwife. And a midwife who solves murder mysteries! What inspired you? 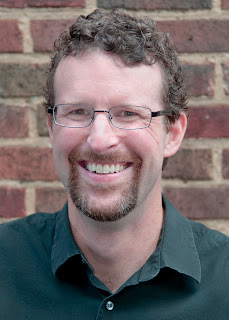 Well, for about ten years I taught history at the college-level, and one of my research specialties was the history of midwifery in England from about 1600-1700. For a variety of reasons I decided to make the jump to teaching at the high school level, but I did not want to stop writing about midwives – I just loved them too much!

I knew I would not be able to write about them from an academic perspective, so I decided to try my hand at history. And since I’d already written about the historical Bridget Hodgson, I decided to fictionalize her for my novel.

How did you research the time period? Do you feel like your portrayal of the time and the general attitudes towards women is an accurate portrayal? (This was kind of disturbing!)

Lots and lots of reading! While I made some changes to Bridget’s biography, I did my best to stay true to the times when it came to larger issues like the status of women. The stereotypes about (and the treatment of) women were very disturbing. But I also wanted to tell the story of women who managed to find some room despite the oppression.

Three of the main characters (Bridget, her assistant Martha, and her nemesis Rebecca Hooke) were able to find a route to power. They just had to take a different route than men.

What kind of research did you do to learn more about birth? Did you talk to modern midwives?

Great question! I actually thought about this for a while as I was writing. I have a friend who also studies the history of midwifery, and she went through formal training before writing her book. I decided NOT to do this, simply because I did not what modern knowledge to sneak into my book.

So instead, I read books about midwifery and childbirth that were written in the 1600s, and borrowed a lot of their ideas and remedies from them.

I love the main character. She is a nice blend of strength, while keeping the reality of the time period. It seems like so many books like to cover their characters in modern values to make them more approachable. Why did you choose not to do this? Was it conscious?

I worked very hard at this, so I really appreciate your comment.

I won’t name names, but nothing frustrates me more than books set in the past that have protagonists who seem to have parachuted in from the 21st century. I wanted my protagonist to walk a very fine line – she had to be someone the readers could relate to, but also someone who is of the 17th century.

This was especially hard in the third book – which I am revising – because Bridget is of the opinion that a woman convicted of witchcraft should be executed. I hope by then I will have earned my readers’ trust!

I personally loved the book and the characters. As soon as it was finished I wanted to read the next one. Tell me, will there be another?! And when can we expect it?

Thanks so much! I have finished a sequel which will be called The Harlot’s Tale. It will be out in January, 2014. I also have written a short story about one of the other characters, and it may be released on Kindle this fall.

If readers want to keep up to date on future books – and win copies of The Midwife’s Tale, The Harlot’s Tale, and others, they can sign up for my newsletter, The Midwife Mailer. I’ll send it out a few times per year, and promise no spam.

To sign up – or browse older editions, readers can visit my website at http://www.samthomasbooks.com and click on The Midwife Mailer at the top of the page.  You can also find his author Facebook page here-   https://www.facebook.com/SThomasBooks


About Samuel Thomas-
After nearly a decade in higher education, Sam Thomas abandoned the ivory tower and academic research for secondary school teaching and historical fiction. He now teaches history at University School outside Cleveland, and lives in Shaker Heights, Ohio with his wife and two sons. (No, she did not use a midwife, though he did suggest it.)