Why YOU Should Write Your Birth Story 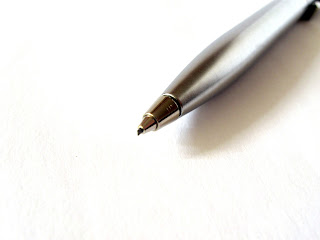 I was going through a tremendous stack of papers yesterday and I came upon a rare treasure- MY birth story.  Not a birth story I had written about the birth of one of my own children, but the story my mother wrote about my very own birth.

It was so beautiful and it made me cry.  I asked my mom if I could put it on the blog but she said no!  But still, I wanted to tell you a little about it and my impressions as I read it.  It was so powerful to read the story of my birth and meant so much to me that my mother wrote it down.

To give you a little background, I was born via cesarean section towards the end of the seventies.  My mom had planned a home birth but lived very rurally in a small town about a 1/2 hour from a hospital.  I was persistently breech and there was some conflict over if it would be safe to birth at home or not.  After much deliberation my mother decided on a hospital birth but the doctors were very supportive of her laboring and trying to birth naturally.

Her water broke, there was meconium present, and still she was encouraged to walk and labor but never really dilated.  Eventually (after a very generous amount of time) things looked unsafe and I was born cesarean.  My APGAR's were quite low (but obviously I survived with only minor annoying personality traits evidence of damage!)

The first thing that stuck me was how different her labor and birth choices were in the late seventies in northern California than they would be today.  I have had numerous women in my classes whose first babies were born cesarean at 39 weeks simply because they were breech.  No labor.  No attempts.  Nothing but a scheduled cesarean.  No other options even mentioned.  (Except imminent death.  Of course.)

So I thought it was kind of amazing/beautiful that her doctors were supportive and willing to let her labor as she desired as long as it was deemed safe.  When it wasn't considered safe any more then I was born the safest way for me to be born- c-section.

The next thing that I thought about as I read my own birth story was how grateful I was that my mom had written it down.  It made me feel so loved.  I know that my own children LOVE to hear me talk about their births.  They love to hear the details and the things that happened.  They love that I celebrate their birth and the special day that was theirs.

Another thing I really appreciate about my own birth story is that even though my mom didn't have the home birth she planned, she never had anything to say about my birth that was negative.  I grew up believing in birth.  I grew up believing that women could do this and that natural was the ideal.  Obviously I knew that I couldn't be born that way and sometimes big fat interventions were necessary.  But my mom never talked about my birth like it was a tragedy or a horrid day.  It was still my birth and it was still special.

Maybe part of this is the fact that my mother got to make choices for her own birth and that she was treated respectfully by those around her.  You know what-- my father wasn't even there when I was born.  He worked overseas my whole life growing up and he was very often gone.  But my mother never complained about that either.  I am so grateful that she saw the good in my birth and that she was glad I was born and saw it as a blessing.  That attitude- it has been a blessing in my life.  I can only hope that I can be that way with my own children.  I hope they grow up believing that mom rolled with the punches and saw the good and appreciated it even during difficult situations.  I hope they know that I appreciate that they were born.

The last thing I noticed- the story never ended!  It kind of cut off right in the middle.  It made me think- have I written down the birth stories of all of my children?  I don't think I have and as I talk to my children about their own births I am already starting to forget.  You really DO forget some of the details of birth as time passes and life gets busy.

Ladies- I hope you write your birth stories- the stories of your children's births.  Write them down even if they weren't the births you planned.  Write them down even it they were hard.  Write down those birth stories for your children and for you.  You will forget so much.  But your children will always be blessed and grateful that you loved them enough to bring them into the world.  They will appreciate that you made the sacrifices you had to in order to give them life.

I am grateful I was born.  I am grateful for medical procedures that enabled me to live and be born healthy despite other factors.  And I am grateful that my mother cherishes that birth even though it wasn't what she had planned.

Joy@WDDCH said…
My mom died when I was about 8-10 weeks pregnant with my first baby. I don't have *my* birth story and I don't have her to retell it. I'm really happy for you and others who have that and that you are so very grateful for it.

So in saying that I have pregnancy journals for each of my babies. I just grabbed a spiral notebook each pregnancy and began writing all about them. My plans, my dreams for them, Scripture, how I was feeling, how they acted in the womb and their birth story (in great detail) of course! I even update from time-to-time with milestones and quirky things they say as they grow.

I hope I am able to be there for my kids when they have their own babies so they can hear it from the horse's mouth (did I just refer to myself as a farm animal?!) but if not they'll have their journals (and my blogs!). The written word is so powerful.
February 10, 2013 at 11:08 PM

Mama Birth said…
Thank you JoyBelle for sharing that and thank you for writing those things down for your children. That is so beautiful. Sorry you lost your mother. So sorry.
February 10, 2013 at 11:28 PM

rach said…
Yes! Beautifully said. Birth stories matter. Not only for the mother who gave birth and for the child who was born, but also for the women who can gain strength and courage from hearing the stories of friends and family members: http://becomingajewishparent.blogspot.com/2013/01/birth-story-cipher.html
February 11, 2013 at 10:44 AM

Summer said…
Thank you for writing this!! I had written my son's birth story but kinda felt "sad" about it because it didn't go how I "planned". Like your mom, my baby was breech and I had a c-section. I went into labor at 37 weeks and he came very fast so I couldn't be awake during it. That has bothered me so much and I really struggle with it some days. But you made me realize it's still the story of my son's birth, and he deserves a positive story. So I rewrote some of the story and doing that has helped myself as well! Thank you again! First time commenting, but I love your blog. Hoping for a vbac with baby #2 some day :)
February 21, 2013 at 6:46 PM