On Being Mormon and Other Dissapointments 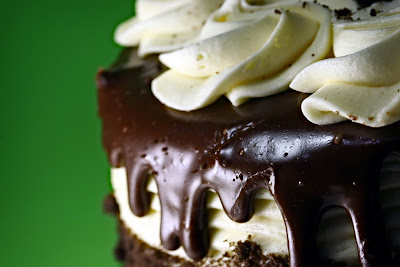 My son got baptized this last weekend.  (In our church children can be baptized when they are eight years old.)  It was a wonderful day for him- for all of us really.  I don't usually write about stuff like that here-  you know, special stuff.

I don't write about special stuff because there is always some jerk just waiting to tell you that the special stuff in your life is actually stupid and frankly, I don't have the emotional energy to deal with it.  But today, I am making an exception.

My son is a sweet boy and he likes church.  He was incredibly excited to get baptized and he wanted to invite his closest friends at school.  Church is a big part of our life and we talk about it frequently at home.

I have heard people express concern about raising a child in a religion or telling them when they are young what they should believe in.  I really do believe that we all make our own choices eventually, despite what our parents want or don't want.  And I think that every single one of us infuses our open minded children with our own opinions and loves even if we don't realize we do.  So I openly try to teach my children a few things that I think are important for their future happiness.  (Forgive me and I will you.)

So my son, he must talk about church at school sometimes and I know he invited a friend from school to come to church with him this week.  The funny thing is that (as mentioned) we all teach our children what we believe and rarely do we realize that they will in fact TELL other people what WE mentioned behind closed doors.

My son must have been talking to his little friends about church and somebody told him that,
"Mormon's want to make EVERYBODY believe what they believe!"  (The group of eight year olds didn't think to highly of Mormons!  Wonder where they heard that?!)

Naturally my son came home and asked if he was a Mormon!

Honestly, I thought it was kind of funny that he didn't know that.  We have gone to church every week his entire life and our whole existence is bathed in our religion.  But we don't actually call ourselves Mormon's- other people call us that because of a book of scripture we use, called The Book of Mormon.  We call ourselves The Church of Jesus Christ of Latter Day Saints.  (Yes, kind of a mouthful so I get the "Mormon" nickname.)

I do feel blessed and I am willing to talk about my religion, and why I think it blesses my life IF somebody else wants to hear it.  And YES, missionary work IS an important part of our religion.

I told him I don't want to MAKE other people believe like I do - but it is like having an entire chocolate cake- all to yourself.  If you have a good friend, and they are watching you eat it and ask what it tastes like... well- you would offer a piece, wouldn't you?  I won't be hurt if they say no- (maybe they don't eat gluten) but I want them to be able to taste it if they want- because I think it tastes good.  And they are my friend.  And we share with our friends.

It made me a little sad to see my son come home upset about all the things his friends were saying about his religion (there was other talk) and that he was rejected.  It was also something of a bummer for him to realize that he too was a Mormon, and his friends didn't seem to think too highly of those Mormons.

So, my son was a little disappointed today because he realized that some of his friends don't think too highly of something that is important to him, and some didn't really care about his special day or his excitement over it.

I was a little disappointed too.  I realized that some of the parents at his school probably don't think to highly of me and I had no idea they felt that way.  I have never even talked about religion with them but they must have enough of an opinion about it that they shared their thoughts with their young children.  Maybe I am a poor example of my beliefs.

I hope I can raise my children to be good people who stand up for what they believe in.  I hope they can also find themselves able to have integrity and have opinions and let other people have theirs without hating them for it.  I hope my children when they are grown don't think it is OK to make fun of something that is sacred to another- just because it is different from what they believe.  I hope they are able to honor other people and their values even if they disagree with them.

And I hope they are strong enough to do the things that they should, and not care about what others think when that doesn't really matter.

Chloe grice said…
Yes yes and yes. I'm almost entirely opposed to the idea of any religion at all, but I completely agree with what you say and wish everyone had the same wisdom to treat their fellow beings in the same way, with respect for whatever they choose to believe.

I haven't even started talking to mine about religion (3 under 5) but I would hope that they would be as respectful to others as they would hope to be treated themselves, and that they have the self-belief to decide entirely for themselves whether they choose to believe or not, regardless of my or their peers' views.

Religion is such a contentious subject, you will always encounter strong feelings wherever you stand ideologically, it's just a shame some people can't see beyond it sometimes.

Linda Peterson said…
man oh man. i am LDS as well. i'm sure public school will offer many other unfriendly judgments about sacred things to your son--and from teachers as well as students. oh, and textbooks. i don't think i had a single U.S. history textbook that spoke politely, or even neutrally, about Joseph Smith. i'm sorry he's had to encounter anti-Mormon sentiments at such a precious age...sad times.
November 28, 2012 at 11:16 AM

Kate said…
Oh my, I do so understand. I reared my children as Unitarian Universalists. A religion few have heard of. Well the upshot is that we lived in the south for three years, and all the children thought my kids were devil worshippers because they didn't attend a Baptist church. Nasty signs were made. Physical attacks on the bus. And NO help from the school. I know your church does a good job teaching children how to speak to others - they will come in to their own, and be fine. Every child has something that makes them different, but it's a shame that in this time, religion still causes such rifts.
November 28, 2012 at 12:44 PM

Unknown said…
I'm so sorry that happened to your son. It sucks wondering if there are people who are nice to your face, but nasty behind your back. FWIW, I think you're great and I think your religion's great too - anything that supports and inspires people to be good to their fellow man is a good thing.

I have had people stop talking to me after I share my religion (Buddhism). I think the majority do it because they're just not sure what to say to me, but I wonder if some of it is an irrational feeling of me being some weird hippie witch doctor or something (after all, my homemade deodorant DOES smell like patchouli). I don't often share my faith because I'd like to be treated like any other person, but sometimes it's necessary for clarification. Kinda sucks, being branded a weirdo.
November 28, 2012 at 2:56 PM

Theuppercblog said…
I share jessimac's feeling, "anything that supports and inspires people to be good to their fellow man is a good thing." I just wish that we all could remember this more often and put it into practice. The origin of the word religion means "to bind together". I believe that religion should bind us together but instead we seem to use it to drive us further apart. Hopefully someday things will change. We will keep trying to live it into reality a bit at a time, slipping and checking our actions along the way. Thanks for sharing Sarah!
November 29, 2012 at 9:22 AM