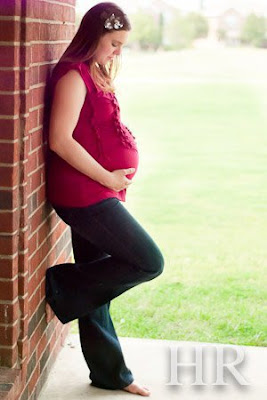 Sometimes people ask about the dangers of non-medically needed induction just prior to 40 weeks. Here is the experience one mother had. It illustrates and breaks down some common things that can happen with induction and she allowed me to share it here-

Hope it is helpful-

"I was induced at 39 weeks with my now two-year-old daughter. At the time, I was just sick of being pregnant and agreed. I am seven months pregnant now and will not be induced. Pros? I don't have any. Cons:

1. Two full days in the hospital- one for cervix-ripening, the next for Pitocin an labor. No eating in those 48 hours.

2. My hospital did not use gel to dilate. They used Cytotec, a drug I had never heard of but now know has been linked to deaths of babies. The manufacturer recommends that it not be used for dilation. But I had three doses against my cervix. We don't even have to talk about how invasive it is to have them keep trying to put a tiny pill against your cervix. It really hurt.

3. Pitocin contractions are more painful than regular, plus they dampen your endorphins, keeping your body from being able to combat pain. These were painful contractions for me.

4. Pitocin contractions can be intense enough to actually up the risk of the baby pooping in utero. This did happen with my daughter. My water was green when they broke it. So when she was born, they had to clean he airways for a long time and I couldn't hold her. Besides, there's real danger in the event that they breathe the meconium.

5. I had an epidural, something I could have done without, I think, without Pitocin.

6. My epidural worked for four hours, then wore off as I was in transition. But, even though I was in pain, I still had to push on my back. This led to three solid hours of pushing. If I could have pushed in another position, I could have avoided the vacuum extraction that hurt her head and made her cry whenever we moved or adjusted her.

7. Breastfeeding was awful, and I couldn't get it to work. Her head hurt and that made it hard to position her. The IV fluids can make it hard for the baby to nurse. Also, a baby born before they are ready can have an uncoordinated suck-swallow reflex, which would explain why she would latch but wouldn't suck more than one time. The tube they cleaned her airways with because of the meconium can cause sorethroats and can also explain why she was reluctant to suck. We never did get her to suck- the bottle drips, so that was easier for her.

8. If I wasn't induced, I wouldn't have been attached to much, but while I was pushing for three hours, these things were attached to or inserted in my body- an IV in my hand, the continuous fetal monitor on my belly, the epidural in my back, the blood pressure cuff, the catheter and the amnio infusion tube pumping water into the uterus to clean out meconium. There was no freedom of movement for me, which I found really hard.

All of these things were caused because I was over being pregnant. This time, I'm taking control an letting her be born when she's ready- not a moment before. I am ready for a better experience. Believe me- it's not worth it!!!"

Danie Nicole said…
I declined the 39wk induction although my doctor tried to scare me into it. Per office policy, I was induced just shy of 41wks. I hope to have a home birth with any future babies. The whole induction experience was awful although I didn't have as many issues as you. Good job on taking control!
May 20, 2011 at 11:58 AM

Krista Eger said…
Thank you for sharing your story! I hope that women learn from this that it's not worth it to be induced. A mother with a similar story might say "if I hadn't been at the hospital, my baby would have died". Why doesn't the medical world get it? I hope your next birth is natural and beautiful! It can happen and if you can go through all of that natural birth will be a BREEZE!! :D
May 20, 2011 at 1:58 PM

Mrs. G said…
Another consideration is that cervidil is made from pig semen and many women, myself included, have a moral objection to that. I'm *not* advocating cytotec at all, I just wanted to point out that cervidil has some issues of its own. Also, the saline solution that they pump into yout uterus can wreak havok on a baby's lungs. Again, I'm not saying that breathing meconium is better just that this procedure has risks. All because Doctors are in a hot hurry to race you down the assembly line. Who wonders why our maternal death rate is RISING in this country?
May 20, 2011 at 3:17 PM

Joy@WDDCH said…
Thank you for sharing! The best thing you can do for you and baby is to let things progress naturally and go from there. Good luck with your next birth! I think you'll do just great (this is coming from a woman who had two epidural births and then a natural birth)!
May 20, 2011 at 8:36 PM

Marlene, Baby Monzon Shower Coordinator said…
With my first I was not able to take childbirth education classes. This was 18 years ago and the internet barely existed, so I had no access and there probably was not good info available anyway. So I was afraid of birth. Thankfully this fear prevented me from having an induction around my due date, like my OB wanted. At 41 weeks she did schedule me for an induction, she made it seem like I had no choice. Fortunately I went into spontaneous labor the night before the induction. I just wished I could have had natural childbirth education so I could have gone without the epidural. I didn't get to experience natural childbirth until my third baby a year ago. I can't believe I was robbed (by my own doing) of the greatest experience I could ever have for the first two births.
Amy, I hope this birth is the wonderful birth you deserve. Best wishes, and thank you for sharing.
May 22, 2011 at 4:51 PM

crystal said…
seeing as how vbac has a 1% chance of a mishap?!....im doing it!!!
i had liquid diet only (so i snuck high protien food in to eat), 3 hour cervix checks,cerviil,cytotec,meconium,epidural(after 7 hrs active labor and 60hrs total labor)excessive puking,heart decelerations of my son,pitocin,then csection-this was my first baby-horrid experience. it was induction for low amniotic fluid at 41 weeks and 3days.i started labor own my own an hour before my 4 day hospital stay,but wasnt progressing fast for the midwives enough even though NST baby looked good---NEVER AGAIN! i promise to either do a homebirth or be the worst patient ever if have to do a hospital again (no vag checks, will eat, will walk, no cont.monitor,no induction-LEAVE ME ALONE)-im sorry you had such a horrible experience too. i can admit that 7 months after having my son i still sob about it...alot. i feel i need to have a vaginal birth to heal myself. i know i can do it. i know our medical system is BEYOND flawed when it comes to birthing,any moron can see that. so i have lived and learned and found my voice.
May 23, 2011 at 9:58 AM

Rachel said…
i cannot believe hospitals are still using cytotec - its criminal. My friends son had a stroke in utero due to the long, hard contractions her cytotec induction caused. its heartbreaking. The 39week induction is sickenly common these days :(
May 23, 2011 at 11:04 AM

Rachel said…
I actually just posted a synopsis of what AWHONN(a national obstetric nurses association) has to say about labor induction. You can find it here. http://thebeginningofmotherhood.blogspot.com/2011/05/labor-inductions-advice-from-awhonn.html

Pretty much it's what people have been saying here. Unless there's a medical reason, wait! There are more risks than it's worth. Of course, that is up to the mom to decide, but pretty much the only pro is if there is a medical reason or you are just uncomfortable.